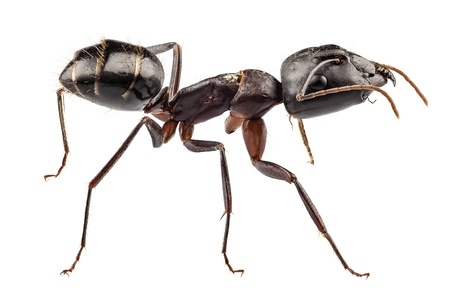 Queenless Ants Bite Off Their Mates Abdomen After Mating

Humans have some pretty weird sexual habits, but I’m pretty sure they don’t even come close to the mating habits of the queenless ants. The females of the species are pretty brutal to their mates, using them for sex and then enacting a pretty brutal method of keeping other males ants away.

Female queenless ants will wait outside their nest each night for a male to come and mate with them. When the lucky guy shows up, he does some courting and then the two mate. Unfortunately, he has a nasty surprise waiting for him after they finish. The female ant will then bite off his abdomen, and walk back inside her nest with it still attached to her. While the poor guy is left to die out in the cold, other interested males are discouraged from trying to convince her to mate with them because she uses the previous male’s abdomen to block them from entering her nest. Once she finally discards the detached abdomen, she is no longer interested in mating, and the other guys just have to mosey along to try and find another willing female.

Do you know of any other insect mating habits that come close to mimicking this strange behavior?