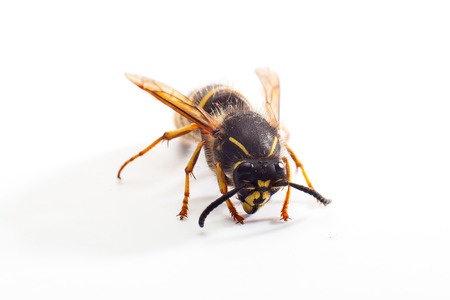 Justin Schmidt works as an entomologist traveling all over the world doing what he loves.  Who would not like to travel to exotic lands while getting paid to do so?  Well, if the job involves being stung by every insect that is capable of stinging, you may just sleep on it before packing your bags.

The particular bugs that Schmidt studies (so to speak) are referred to by bug experts as “hymenoptera,” which means that they are bugs that sting.  So far Schmidt has amassed an index of over 83 different bug-stings.  You would think that this “scientist” has a masochistic fetish for bugs that sting. However, Schmidt insists that he does not “want” to experience the often times hellish pain of different insect stings, rather he simply wants to gather data on the sensation produced by different bug-stings.

So which bugs pack the most painful stings? Wasps?  Bumblebees? Or Hornets maybe?  Actually one of the most painful stings comes from the Harvester Ant.  This bug possesses venom that is among the most potent in the insect kingdom, but they do not have much of it, so they cannot kill a human being.  That being said, the pain caused by a Harvester Ant’s sting is excruciatingly painful, and will make your hair stand on end.  And this is his favorite?–no, does not at all sound masochistic.

Do you think this man is crazy? Would you let insects sting you all in the name of science?