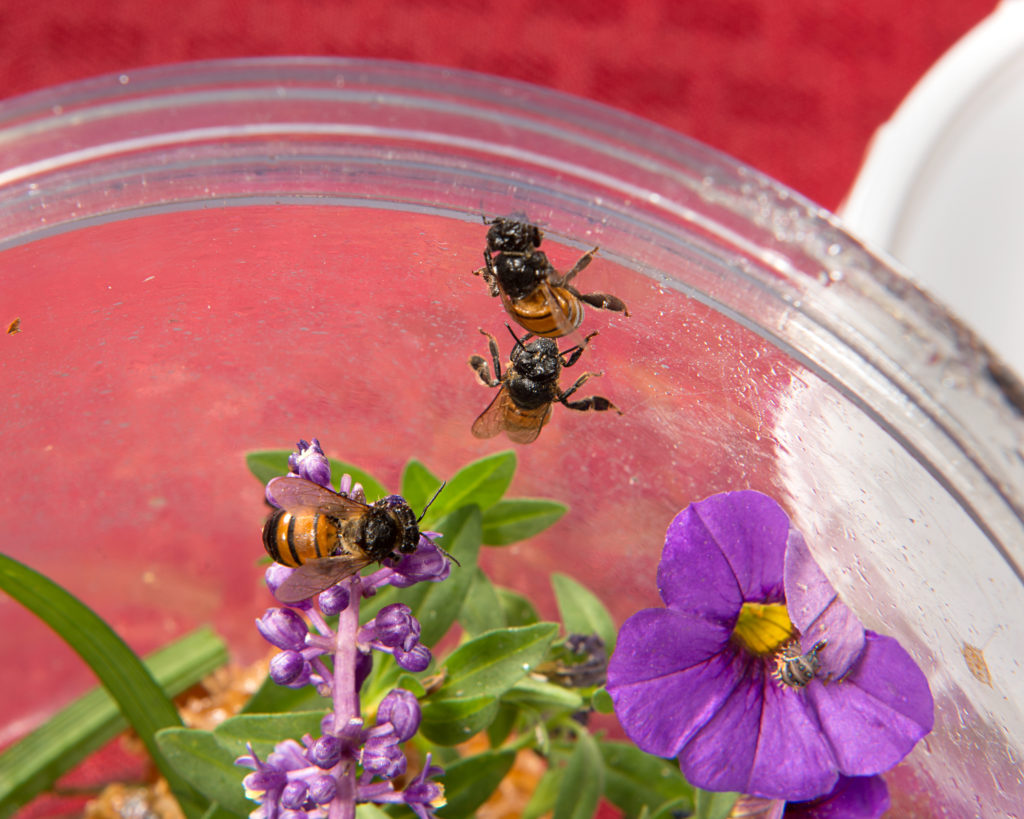 In the hot deserts of Australia wars are being waged every day for ultimate power and control. Epic battles are fought to gain territory and emerge as conquerors, much like Alexander the Great laid great nations to waste to build up the great Roman Empire. It is not humans fighting this time, but species of Australia’s stingless bees. And these guys are intense in battle, leaving immense carnage in their wake.

Researchers have recently discovered that the two species Tetragonula carbonaria and Tetragonula hockingsi of the Australian stingless bees wage a constant battle against each other to gain supremacy over other colonies. Both sides experience incredible loss of life, with the young of the losing side being dragged out of the hive to die amidst their fallen comrades. This war is waged solely by the female bees, the male worker drones sitting in nearby safety as they watch the devastation unfold. Researchers witnessed one battle that lasted for over four months.

These guys are savage too, choosing to use their teeth as their main weapon. Bees chomp down on any limb they can get a hold of (usually a leg) and hang out. Losing a limb is common, but these fighters are so devoted to their cause that bees continue fighting even after losing multiple limbs. Talk about berserker behavior.

Why do you think these bees wage these battles even though the loss would seem to outweigh the gain? What do you think of their brutal fighting?