Zika Could Become A Threat If Research Is No Longer Funded 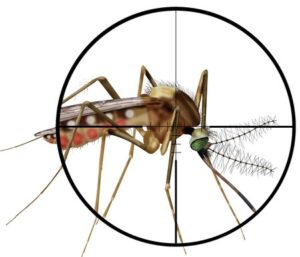 So far this year we folks in America have not heard much about the Zika virus, and Brazil seems to be having a much better summer this year, so maybe Zika has passed us by. Well, according to the experts, this is probably not true, but the experts cannot say anything more than that. Many researchers do not feel comfortable dismissing concern over a disease that they know so little about. Also, the budget cuts being approved in congress will extend to Zika research. So it looks like scientists believe Zika will return, but politicians are sure that Zika has passed us by. In any case, Zika research will be a little slower-going this year.

Luckily, no locally acquired cases of Zika have occurred within the United States so far this year. But many state health officials from all over the US are nervous about receiving federal support if a public health emergency were to be announced. State health officials want to make sure that the basic resources they need to combat the Zika virus will be available when needed.

Last year 5,102 cases of the Zika virus were reported within the United States. Most people who caught the disease picked it up from South America or the Caribbean Islands. In rarer cases transmission through sexual contact also occurred within the US. Many health officials are not even sure if surveillance is necessary since most people who have the Zika virus do not show any symptoms of the disease, this would make determining the number of people infected very difficult. Last year, the US government spent 1.1 billion dollars on Zika research, and that amount should last until the end of the fiscal year. Luckily, congress has recently approved a bill that would give 838 million dollars to Zika research, but only for emergency purposes.

Do you believe that the Zika virus will become a problem again during the summer of 2017? Do you think the federal government is prepared for an outbreak of the Zika virus?