You would think that only the most advanced mammals would be able to recognize faces. Studies have shown that both macaques and sheep are capable of recognizing other members of their animal family based on particular facial features. As you can imagine, the ability to recognize faces is extremely rare in the insect world. In fact, only a few different species of paper wasps are able to detect the faces of others. For a long while scientists could not explain how certain wasps could discern different faces. However, a group of researchers has recently gained a better understanding about the physiological mechanisms that allow wasps to recognize faces. 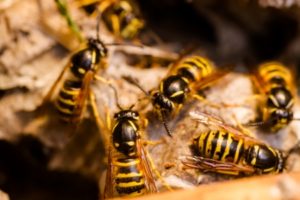 According to Elizabeth Tibbetts, an evolutionary biologist at the University of Michigan, and coauthor of the study, some wasp species can recognize faces more easily than any other form of visual stimuli. Based on previous studies, one group of paper wasps use facial recognition when forming social hierarchies within a colony. The leaders of a colony would rely on facial recognition in order to apply dominance to particular members of the colony. This finding shows that some species of paper wasps use facial recognition when building and maintaining order within a colony. Therefore, the ability to recognize faces of other wasps is likely a far more primitive part of the paper wasp’s behavior than initially thought.

Do you believe that a paper wasp’s ability to recognize faces is only useful during social situations involving paper wasps?