Termite Colonies Can Be Found In The Unlikeliest Of Places 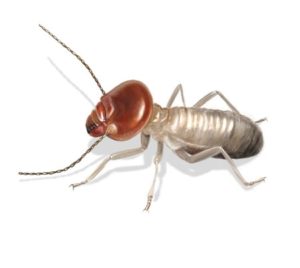 Termites are tough little creatures, as they can survive in harsh areas that do not offer much in the way of sustenance. We all know that most types of termites build colonies in dirt, and survive on the cellulose that is located within available plant matter. But what happens when termites find themselves in areas where no wood, or plant matter of any kind, is located? Will they end up surviving these situations? Entomologists and pest control professionals are commonly asked questions relating to termite survival. Many people have spotted large groups of termites residing on small areas of soil that had been surrounded by concrete. Most of the time people will notice this seemingly odd situation while walking through parking lots. One individual reported seeing what looked like “millions” of termites swarming from one small dirt island located within a concrete parking lot. No matter how dire a situation may seem for a termite colony stranded within a concrete parking lot, there is no way termites could swarm unless they had access to plenty of cellulose.

When encountering termites dwelling in small dirt areas surrounded by concrete, such termites must have found wood or plant matter for sustenance. For example, routes below the concrete surface can provide an ample amount of cellulose for hungry termites. If termites are found swarming from a dirt island within a parking lot, then the termites were likely feeding on dead trees or scrap lumber that was used for nearby construction projects. If the concrete parking lot was located near a shopping center, a grocery store, or even a house, then it follows that trees needed to be cut down in order to make room for the concrete lot. Also, such small dirt islands are often mulched over at some point. This mulch would certainly attract termites. Once a small termite colony reached the ground soil, the traveling termites could then feed on the wealth of cellulose that is most definitely located beneath the concrete.

In fact, such a location would be ideal for a growing termite colony, as the termites are able to grow vast tunnel systems under the soil’s surface. Being surrounded by concrete could also serve as a barrier protecting the colony from predators. In any case, such a situation could easily result in a large and successful colony where termite swarms could emerge.

Have you ever discovered a termite colony in a seemingly improbable location where no wood or plant matter seemed available for termites?