Butterflies And Bees Can Be Brave Creatures 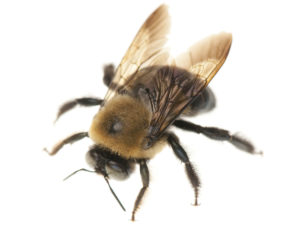 Have you ever heard the term “crocodile tears” and wondered if crocodiles really shed tears. Well, apparently this is not just another nonsense saying, as it turns out that crocodiles really to shed tears. But who knows why? Maybe when a crocodile’s brother dies, or when a crocodile stubs its toe really badly. Speculation aside, there have been very few, yet reliable, reports of butterflies and bees landing on crocodiles’ noses. These particularly brave bees and butterflies don’t just land on the noses of crocodiles either. In fact, the two flying insects sit their for a while relaxing as if they owned the noses of all crocodiles. Of course, there is one more surprising observation related to this bizarre behavior, and it has to do with the insects feeding on the crocodiles’ tears.

According to ecologist, Carlos de la Rosa, a butterfly and a bee were both seen perched on the noses of calm-looking crocodiles while boating in Costa Rica’s Viejo river. Although such a report sounds insane, it must be remembered that a man of science is responsible for making this observation, and not some kids from a nearby village. Of course, de la Rosa, being a man of science, knew that he had to document the strange insect behavior. So he whipped out his camera, and sure enough, a butterfly can be seen resting on a serene looking crocodile.

If two insects relaxing on the nose of a crocodile is not surprising enough, it should also be noted that the two insects were also seen fluttering around the croc’s eyes, just not at the same time. You would think that at this point the croc would have had enough of the insects’ shenanigans. However, there is also video footage showing that the two insects were feeding on the crocodiles’ tears. Researchers speculate that the butterfly and bee were feeding on the croc’s tears solely for the salts and proteins that are hard for insects to find elsewhere in the tropics. Talk about being resourceful.

Can you recall the strangest insect behavior that you have ever witnessed? What insect/s were involved, and what happened?