Researchers Change An Ants Social Behaviors After Altering Its DNA 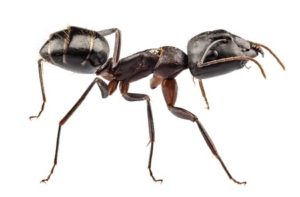 Ants are well known eusocial insects. Their colonies operate with an efficiency that makes humans look lazy by comparison. So how do ants communicate in order to assign particular tasks to particular ants? Does ant communication operate beyond human perception? Sure, there are workers, soldiers, and queens, but colony cooperation, and many group efforts that ants aim to achieve depend on some ants doing very specific things. Can ants get sick of their jobs and just quit? What would happen if an individual ant went out on its own to explore the world, leaving the colony behind? Well, if you know much about ants, then you should know that they cannot survive well on their own. In fact, an ant without its colony, is a dead ant. Recently, a study aimed to show what would happen if one particular ant could not behave properly within their colonies. What they found would likely not surprise you, as insects are cruel creatures.

A group of morbidly curious researchers from Rockefeller University altered an ants genetic makeup in order to ultimately change its behavior within a colony. The genes that were altered are the ones responsible for pheromone release and communication. When we humans work in a group we communicate through discussion, but ants use pheromones. What the cruel researchers found was that by altering an ant’s ability to communicate properly via pheromones, the colony would eventually destroy the improperly communicating ant. The health and efficient functioning, as well as the ultimate survival of an ant colony depends on the cooperative actions of each ant in a colony. If one single ant cannot perform its duties, then it will be cast out to die. Researchers believe that this study will serve as a milestone in understanding ant behavior within colonies.

Do you think ant colonies destroy individual member ants on occasion in order to assist with the proper functioning of an ant colony?