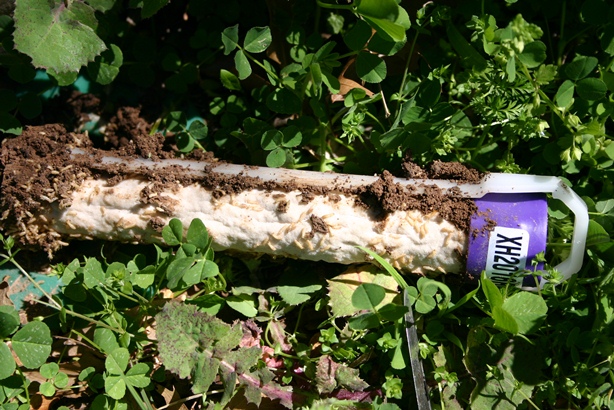 The US Is Home To More Invasive Termites Than You Think

Invasive insects cause a variety of different problems that affect just about everybody. For example, invasive insects can be damaging to small decorative gardens, which must be annoying for avid gardeners. And, invasive insects can damage or destroy large-scale crops. This makes invasive insects a significant threat to the continuing stability of the world economy. However, the loss of crops is not the only concern, as wood-eating invasive termites cause staggering amounts of economic damage each year. The southeast United States is particularly affected by termite-induced property damage, as many port cities along the Gulf Coast harbor ships that sometimes carry exotic termites from other countries. But large shipping vessels are not always to blame for the transport of invasive termites to America.

Large shipping vessels have definitely transported a number of invasive insects to America. But one study noted that Coptotermes termites are often found infesting areas near boat docks. This suggests that coptotermes termites are transported to America by infesting boats that had traveled, or were purchased from, distant regions. Between 1986 and 2009 there were fifty nine different cases of termite infestations to boats docked within ocean water in the state of Florida. Three of these boats were infested by two species of termites at the same time.

It is not common for smaller boats to travel to different continents, but sailors will often sail from island to island. This “island hopping” serves as a major cause of water-to-land invasive termite infestations within Florida. It was also found that termites sometimes infest boats while they are temporarily docked in other countries. One yacht, which had spent a winter docked in the Turks and Caicos Islands, was found to have been simultaneously infested with Co. gestro and Incisiter-mes minor termites. This yacht was later transported to America. Co. formosanus, I. snyderi, and Reti-culitermes virginicus are just a few additional examples of invasive termites that have arrived in Florida from different countries.

Do you think that there is any method that could successfully prevent the spread of invasive termites throughout the world?