People Fear Bed Bugs Despite Not Knowing What They Look Like 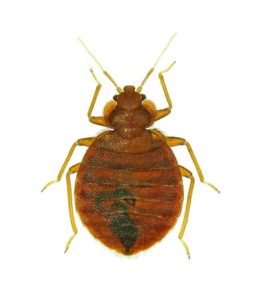 Try and imagine that you are traveling across the country for a business trip or a family vacation. There are many things that could go wrong and become devastating, but what would be the worst thing that could happen? Well, when it comes to the worst things that a traveller could find in a hotel room, most people believe that bed bugs top the list. A recent survey revealed that bed bugs are the most off-putting thing to find in a hotel room. But the same study also showed that people are far from being able to properly identify a bed bug.

Researchers from the University of Kentucky surveyed a group of business and leisure travellers about the most objectionable things that could possibly be found in a hotel room. The survey found that sixty percent of travellers would switch hotel rooms if they found bed bugs. The survey also asked about dirty towels, dirty linens, and signs of smoking by previous occupants. Finding any of these things in a hotel room would be appalling, but it was a surprise to researchers when they found that a bed bug presence was regarded as the most objectionable discovery of all. It was even more surprising to learn that most respondents could not even identify a bed bug when shown a lineup of similar looking insects.

Only thirty five percent of business travellers could properly identify a bed bug, and twenty five percent of leisure travellers could do the same. Since bed bugs have been featured prominently in the news during recent years, the researchers assumed that more travellers would have been able to identify a bed bug. One of the leading researchers involved in the study claimed that the widespread ignorance concerning a bed bugs appearance only leads to a further spreading of bed bugs. The researchers also noted the importance of training hotel staff to recognize a bed bug presence before guests arrive.

Have you ever encountered a bed bug while staying at a hotel? If you have, did you ask to switch to a different room?