Armyworms Are A Threat To All Of The World’s Crops 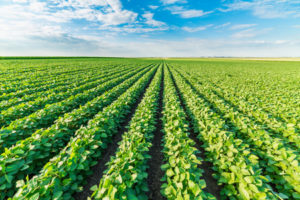 When it comes to invasive insects we usually hear about the United States falling victim to devastating insect pests that are native to more exotic regions of the world. However, some insect pests that are native to North America have found their way onto other continents only to cause serious damage to various crops. For example, the crop-eating insect pests known as fall armyworms have been causing damage to corn crops in Africa for several years now. These fall armyworms are native to the Americas. A British non-profit group named the Centre for Agriculture and Bioscience International (CABI) has claimed that these fall armyworms are causing more and more damage to Africa’s crops each year, and it is only a matter of time before these armyworms make their way across the mediterranean and into Europe and Asia.

CABI has already confirmed that the invasive insects have made their way into Ghana. According to Matthew Cock, a scientist working for CABI, two distinct species of invasive fall armyworms have been located on the continent of Africa. In order to prevent widespread pest damage to crops in the future urgent international action will have to be taken. For many of Africa’s more impoverished regions, corn crops are all they have for sustenance. If these corn crops were to become destroyed in the future, then mass deaths from starvation could result.

Armyworm larvae burrow into cobs in order to feed on the corn within. Corn production accounts for seventy percent of cereal produced in southern Africa. The United Nations Food and Agricultural Organization (FAO) held a planned meeting not too long ago concerning efforts to control fall armyworms after these insects were also spotted on crops in Zimbabwe. The invasive insects could now be inhabiting several different countries in the southern region of Africa.

Do you think that international communities should do more to recognize the threats that invasive insects pose to human life?