Schedule Free Inspection
GET $100 OFF

Protect your home year-round with The Sentricon System, an environmentally-friendly and effective approach to traditional termite control.

Termite control is especially important throughout the Central Texas area as termite colonies thrive best in warm and moist conditions. According to The US Department of Agriculture, five million homes and businesses are attacked by termites annually which has cost homeowners $5 BILLION per year.

The average cost of damage caused by termites is somewhere between $3,300 to $9,000 and is not typically covered by insurance. Keep your property protected all year long with our innovative, effective, environmentally-friendly termite solutions.

The average cost of termite damage is around $3,000, but that can vary depending on the extent of the damage.

Not Covered By Insurance

Many homeowner insurance policies don’t cover termite damage. Termite infestations may be prevented and is the responsibility of the homeowner.

In Every State But Alaska

Termite nests are extremely large, spreading over a 50 to 100-meter radius. Making it the largest of any insect!

This innovative baiting system is discreetly installed around the perimeter of the property for complete termite protection.

For years, GGA Pest Management has been providing termite control solutions throughout Central Texas. About 20 years ago, we decided to take a more proactive and environmentally friendly approach and began providing our clients with the Sentricon Termite Colony Elimination System.

By switching to the Sentricon System, we have become more environmentally responsible and have reduced our liquid applications by an estimated 40,000 to 50,000 gallons of liquid termiticides.

The Sentricon System uses termite bait that is always active, for year-round, 24/7 protection.

Specific ingredients designed to eliminate the entire termite colony, including the Queen!

Safe for the enviorment

Termite stations installed underground blend well with the landscapes around your home.

Most liquids on the market today will control termites for an average of 4 to 5 years before new applications are needed. Most of these are either contact or repellent termiticides. In other words, a termite is repelled by the material or is killed when it touches the chemical.

If there is a break in the barrier placed around a home of just 1/32 of an inch, termites can re-enter your home.  This frequently occurs by occurrences such as soil movement during wet and dry conditions, gardening near your foundation, etc. In many instances, you will not know if termites are attacking your home again until the damage is once again seen.

With the Sentricon Termite Colony Elimination System, our pest professionals place bait-filled stations every 10 to 12 feet in the soil around your home. Each station contains 150 grams of a synthetic bait material which has been proven by 60+ research studies to eliminate termite colonies (sixty (60) grams is all it takes to eliminate an average colony of termites). With the Sentricon System, the termites will not have the chance to wait around for the barrier to be broken down - they will be dead! This method will allow you to have peace of mind, knowing that your home is always protected.

WHY ARE TERMITES DRAWN TO BAIT?

Each bait tube is comprised of 70% synthetic wood that has been shown to be highly desired by termites. Southern yellow pine is the most prevalent wood used for building in the Central Texas area. Research has shown that the longer your baiting system ages by staying in the ground, the more termites become attracted to it. 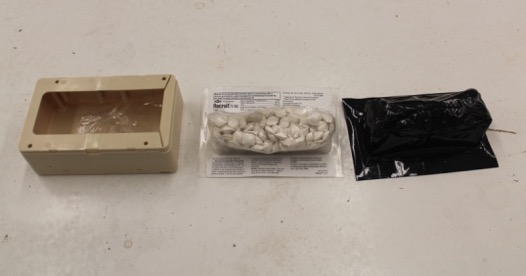 We do also use an above ground (AG) station when we find active termites in, around, or under your property. Each AG station contains 100 grams of bait material, which is more than enough bait to kill an entire average-sized colony.

Sentricon Termite System Customer Stories. For several years we applied liquid termiticides in his home after termite swarmers were seen. The actual location of the termites could not be found.  When we became an Authorized Provider (the first in Central Texas!), stations were placed around his house. Feeding in the stations began almost immediately. No other swarmers were ever seen after the termites started feeding on the stations. At a later date, remodeling revealed termite damage in joists of the basement ceiling. Apparently, the termites were swarming through a crack in tile in the kitchen area!

Another example was the home of an elderly couple. We were called out to look at the situation. The lady was frantic because several companies had been out over the years using hundreds of gallons of termiticide in and around her home. Damage could be seen in almost every wall and ceiling of her home. She said that her grandchildren didn't want to come visit because they were afraid that "the ceiling would fall in". Upon examination of the home, Dr. Huffman (president of GGA) found several holes in the slab of the garage.  Apparently, the builders did not remove the grade stakes after pouring the slab foundation for their home.  Termites ate the wooden stakes then proceeded to enter the home to enjoy themselves.  Sentricon Stations were then place around the house which has protected their home for nearly 20 years with no further damages. After several years, stations were shown to be attacked by a new colony and elimination occurred before there was further damage to the house.

The McLennan County courthouse for many years had termites continuing to swarm even though prior liquid treatments had been made.  Several paintings were damaged and cost the county over $10,000 to restore.  We installed the system in October, 2000 and after a few months had colony elimination.   No further damages to the courthouse have occurred.

Can Sentricon be used on a new home?

Yes.  The Sentricon System is labeled as a pre-treatment as well as a post treatment application.  New homes in the past and present have been treated with 100's of gallons of termiticide to the soil before the foundation is poured.  Because of the cost of chemical, most homes are treated with one of the termiticides that will, according to research, last 4 to 5 years.  The average home in this area is attacked when the house is 8 to 10 years old.  However, we have seen houses that were 1 year old attacked by termites.  Even if the house isn't attacked until it is 8 years old, there is a good chance the materials applied have biodegraded and will not prevent termites from entering the house.

In many cases, the soil is treated under the slab but the exterior perimeter is not.  When final grade is made by contractors, many times soil is pushed up over the foundation perimeter and siding.   This can also occur when landscaping is added.  You then cannot see if termites are entering from the exterior.

If Sentricon has eliminated the termites in my home, do I need to continue the program?

We believe that it is best to continue the program, just like you should with a liquid treatment.  Research has shown that it is common to have 2+ termite colonies around a house.  Plus, each year termite swarms from neighboring areas can re-introduce new colonies around you home.

Why should I choose GGA over other Sentricon providers?

We continually train our termite specialists in the use of Sentricon as well as other pest control techniques.  Many of our termite specialists have been trained and tested to open their own businesses if they desired to.  We believe that we want the best trained individuals working for us.  Representatives from Dow AgroSciences, the developer of Sentricon, are brought in to train our termite specialists in the classroom and in the field frequently.  Our owner, Dr. Fred Huffman, has a PhD in entomology and believes in having the best of the best.  GGA also guarantees your satisfaction or your money back.  You can have peace of mind that GGA will treat you in a professional manner.

Is Sentricon safe for my children and pets?

The stations are placed in the ground with only a minimal service cover visible and require a special key to open. The active ingredient used in the bait is noviflumuron which is designed specifically to disrupt the molting process of the termite, other insects and closely related organisms, not people or pets.

Protect your home or business year-round from termites. Get a free inspection today!